Physic, biology, history, symbolism, arts and, of course, an exhibition composed in fifty shades of blue … more than 120 blue objects were displayed for this novel exhibition !

Why and how do we see an object in blue? To understand this fascinating colour, it is necessary to evoke the roles of light and matter. Do I see blue as you see it? A participatory device highlighted the different perceptions of blue depending on the individuals.

Blue is fairly rare in the animal kingdom. The visitor could encounter birds, insects, fish, or else crayfish. Wonder was assured in front of the flight of morpho butterflies and everyone was surprised that a blue tarantula could exist !

Suits, finery, jewels and other accessories tell why and how humans dress up in blue. The sack-back gown (also known as ‘robe à la française’) even stood alongside Zidane’s jersey. The ‘men okó’ headdress (also called ‘war bonnet’) of a Brazilian Indigenous living in the Amazon rainforest displayed its macaw’s feathers alongside the classic everyone knows … the blue jeans !

Azure, ultramarine, cobalt blue or Prussian blue. Those are words dreams are made of. Minerals, pigments and painting works revealed and illustrated how the blue inspired painters such as A. Lanskoy, F. Bores, O. Debré, M. Ben Bella, B. Moninot but also G. Singier.

At first rejected in Occident, blue has known a slow ascent from the 12th century until it becomes THE preferred colour of the contemporary occidental societies. From divine blue to royal blue, it is also on the table. Indeed, the museum also presented blue earthenware.
Blue is everywhere.

The exhibition was conceptualised and organised by the Natural history museum of Lille. 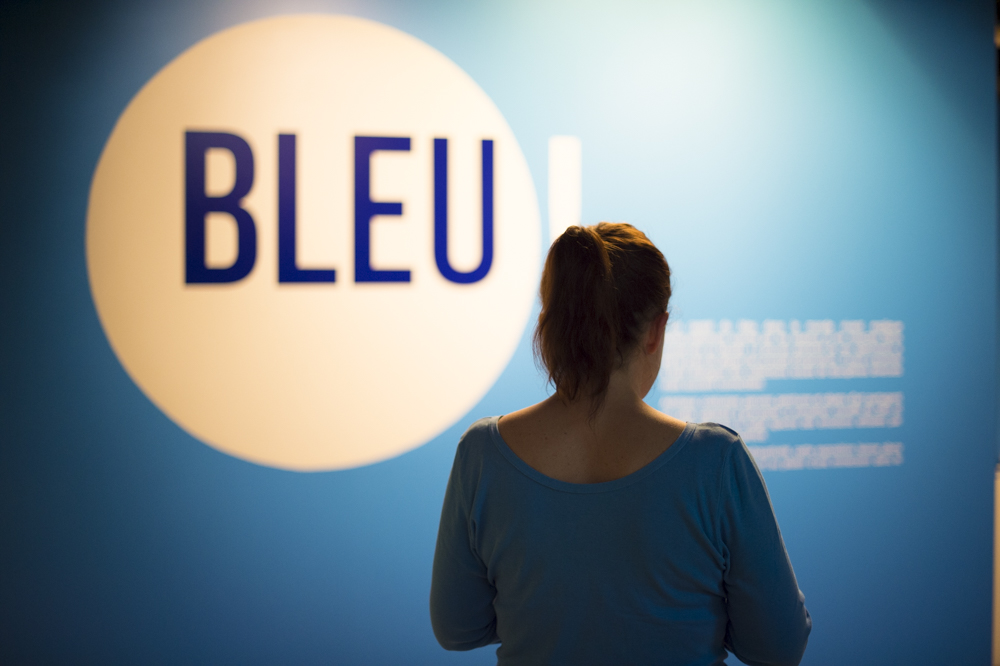 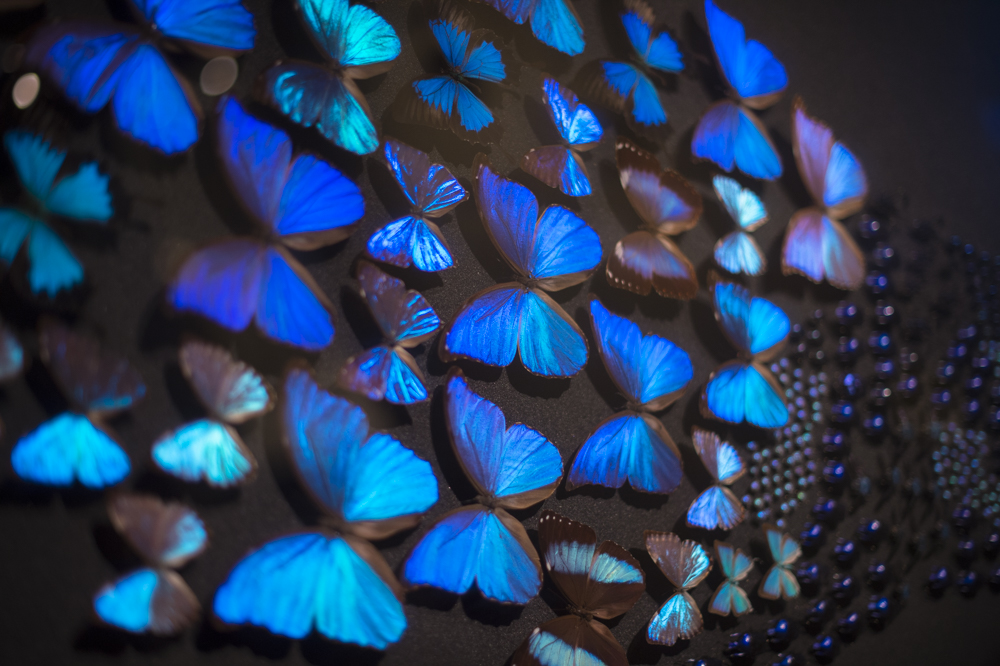 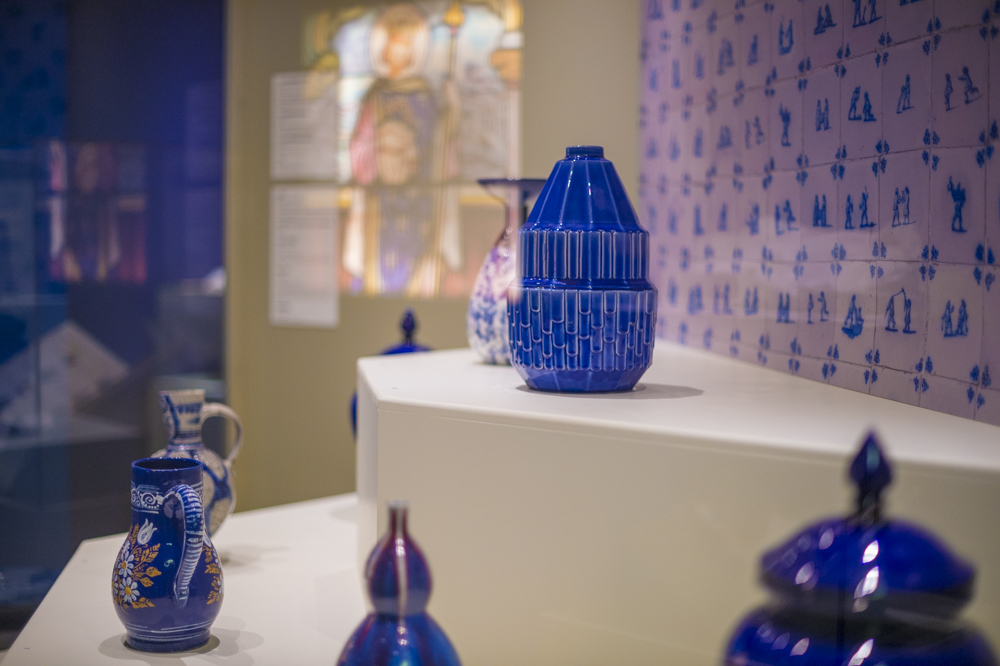